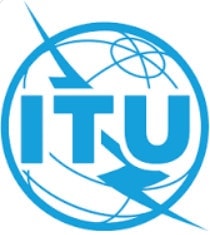 Work continued to develop the coexistence studies between the amateur services in the 23cm band and the radio-navigation satellite services (RNSS) operating across the band. New studies were submitted by France, China and the Russian Federation.

The scale of the problem for the amateur services is becoming clear. For example, the studies predict that even a 10W 23cm band station could cause interference to RNSS receivers at up to 30km on the antenna main beam heading. Although the level of amateur activity and the density of users is quite low (compared to other more popular bands) the issue remains that from a regulatory perspective the amateur services are required to not cause harmful interference to RNSS services.

The figure below is a sample of one result from one study submitted into ITU‑R and further illustrates the scale of the problem. In this example a station using an 18dBi gain antenna is used for both narrow band and wideband (ATV) transmissions and a range of power levels. The protection criteria for the RNSS receivers differs for narrowband and wideband interfering signals. The figure shows the distances out from the amateur station where the RNSS protection criteria could be exceeded along the antenna main beam heading.

These results have been developed based the ITU‑R defined receiver protection level for the GALILEO RNSS. For the narrow band modes this is ‑134.5dBW and for the wideband modes is ‑140dBW/MHz. In addition, measurement campaigns have shown that an improvement in the compatibility potential can be seen if the amateur signals avoid the centre portion of the GALILEO receiver passband.

Of course the studies cannot take into account every possibility that might mitigate the problem (e.g clutter, terrain blocking etc.) but it is clear that the potential for interference is considerable.

The IARU is working hard to ensure that the amateur service can continue to develop in this band and allow all the amateur applications in use today to continue. However, given the heavy spectrum occupancy of the band by the various RNSS systems it is evident that proposals will come calling to restrict our ability to operate in certain parts of the band and at the power levels possible today. IARU is totally engaged in the discussion of these considerations and these will continue within ITU‑R (and other regional bodies).

Materials on this website may be subject to copyright.